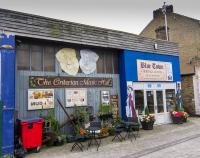 This directory has been set up to help you find local services and events available in your area. We make reasonable efforts to make sure that all information provided in the directory is accurate and up to date, but we do not accept any responsibility or liability for any errors in information. It is the responsibility of each individual service to update their information. For more information read our disclaimer.